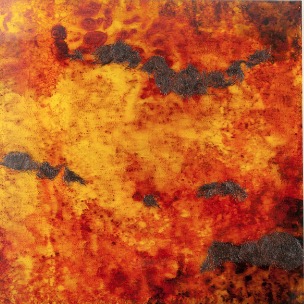 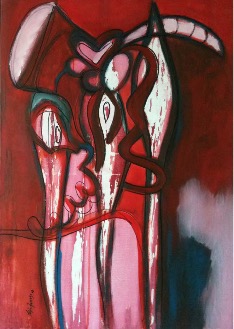 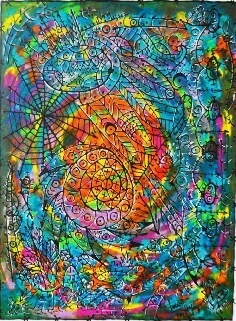 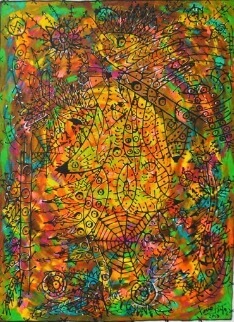 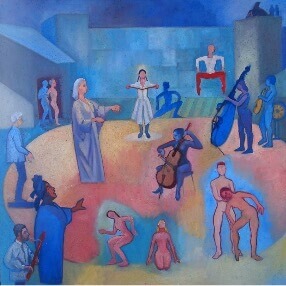 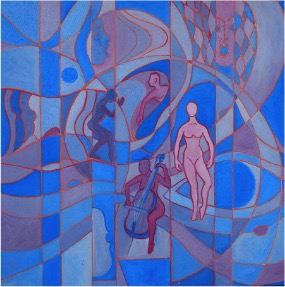 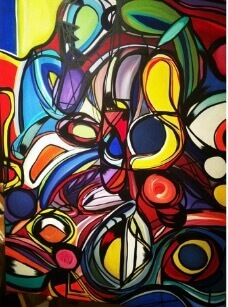 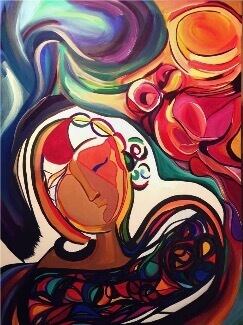 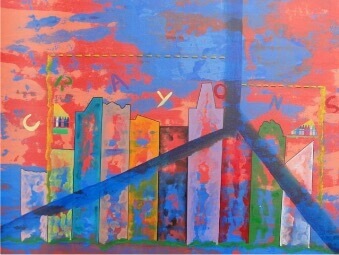 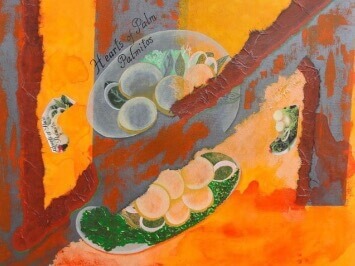 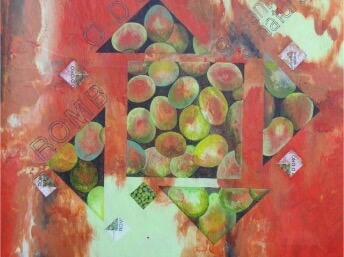 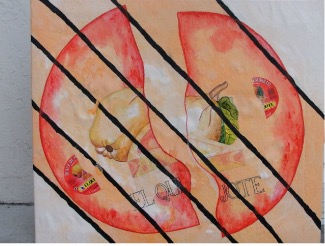 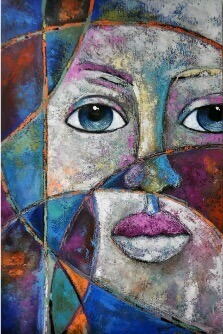 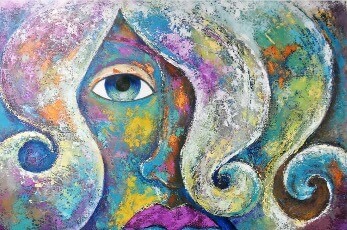 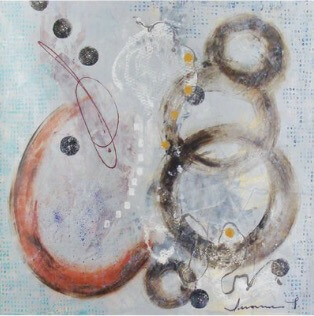 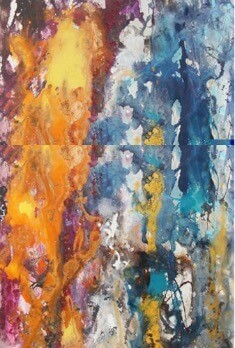 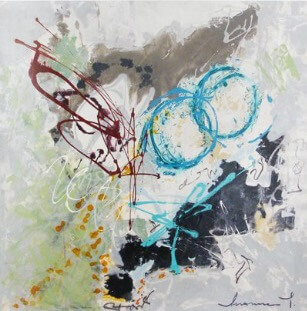 As her thinking on the visual arts evolved, her ideas and attitude on how to approach art has changed. Her interest in ecological matters has grown and the “concept” has become the “nuclei” of her work. The concept and the technique run parallel though morphogenesis principles, as the artist acts as an “activator” producing a cause in the unconventional materials she uses. The final “consequence” allows her to reach her goal: Portraying the subject with the subject. In her works, she shows a tendency to minimalism where the only statement is a call to reflection.

Mexican artist Ivonne Torre’s Abstract Expressionist painter. Colors and textures are woven together to create powerful harmonious compositions. For her the process of painting becomes a unique pad full with lines and forms developing her own style. In Ivonne’s paintings it is a sense of non-restriction in terms of matter or forms, always creating energetic and instinctive feel in her pieces. Formally educated as an Interior designer, Ivonne is intrigued by the people, places and things that create and bring her works of art to life. Her work reflects the brilliance and color scheme which attracts people from all over the world. After spending a few years in New York she decided to reside in the warmth of South Florida.“Painting to me is a moment to self-discover, and that allows my soul to take over the canvas”

Eumelia Castro was born in Venezuela, since she was a little girl she showed the ability to draw, particularly little dolls. Through the years with her ability she knew she wanted to be an artist. Eumelia studied and graduated in Advertising, and worked for many years as an Illustrator, Graphic Designer, and Art Director in Advertising Agencies in Caracas Venezuela. This job served her as an experience to learn new techniques like watercolor, crayon, marker, and others; that ultimately pushed her to jump into painting and illustration, to make it into a main hobby in her life.
In 2002, she emigrated to the United States and currently lives in Miami, FL. This was a crucial moment, it was like a “New Beginning” where she became interested in improving her knowledge in Art, knowing other artists, participate in Art fairs and make art completely part of her everyday routine.
Through the years she has been developing her own and unique style, to which she has been faithful, a style with figurative tendency in which she always reveals the female figure, with rich and strong in colors. Eumelia works with pallet knife and applies Impasto Technique to create soft and dynamic textures, combined with Watercolor touches Technique.
Eumelia Castro has successfully exhibited her work in Fine Art Galleries in Miami and Art Fairs in The US, Belgium, Spain, Italy, Beijing- China, and Seoul- Korea.

Leomarlis Bojos is a visual artist originally from the Bronx, NY, and currently resides in Teaneck,NJ. Leo graduated with a bachelors degree in Psychology and Art from St. Johns University, where she learned the fundamentals of color theory design and color composition. She also attended the Art Students League of New York where she enhanced her understanding of design theories for abstract paintings. Leomarlis applies color in a very unique and effective manner in order to create an interesting perspective for the viewer. Her artwork is not only vibrant but meant to stimulate and engage the viewer into the patterns and interaction of its colors.This year Leomarlis completed her first complete series of works entitled “The Kaleidoscope Vision” in which each piece depicts interesting forms and shapes and a distinct use of color inspired by her theory of “looking beyond what we see and seeing that what we are ultimately made of..”

Sal Sidner was born in the UK and is based in Miami. She has exhibited in New York, San Francisco, Miami, Ft Lauderdale, Los Angeles, France, Italy and India.Primarily a landscape and figurative painter, she is influenced by the places she visits and the social and spiritual atmosphere surrounding a place. Sal is also a printmaker and has work currently traveling internationally in the Southern Graphics Council 2011-2017 exhibition. She received a Dade county grant for printmaking in Italy in 2011. Her most recent exhibition is at St. Lawrence Gallery, Ft. Lauderdale, Florida. 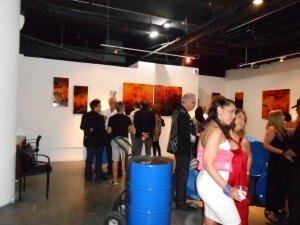 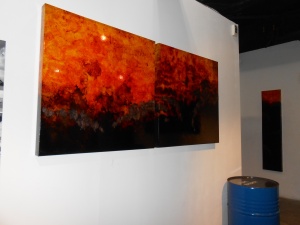 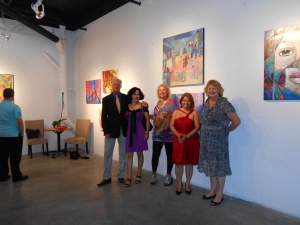 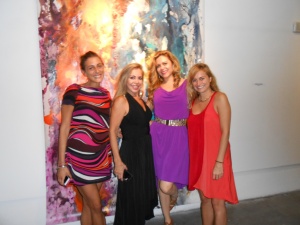 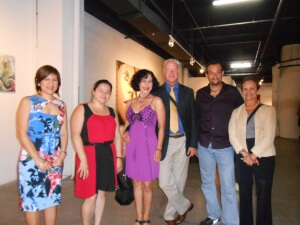 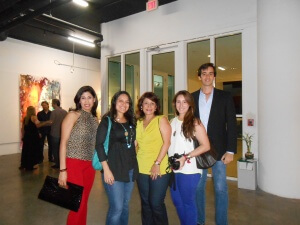