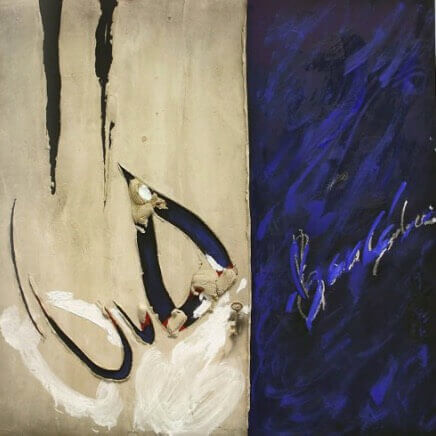 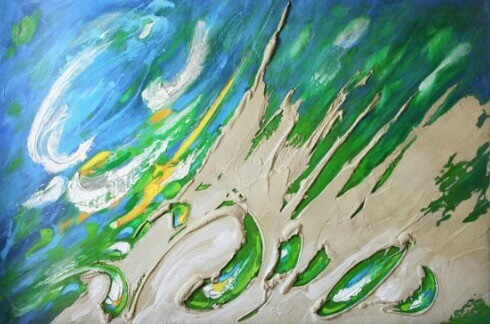 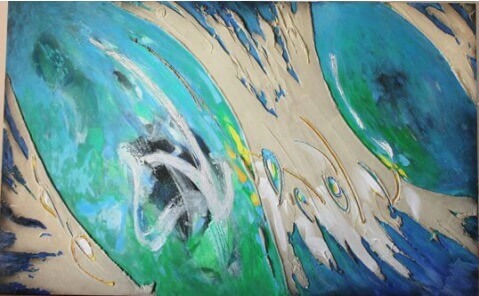 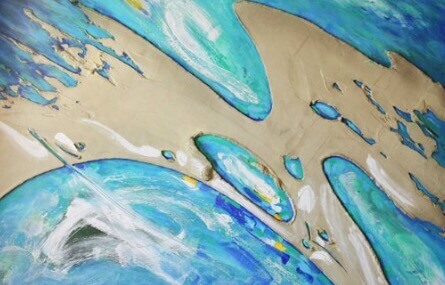 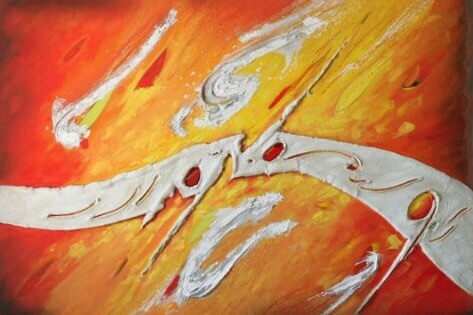 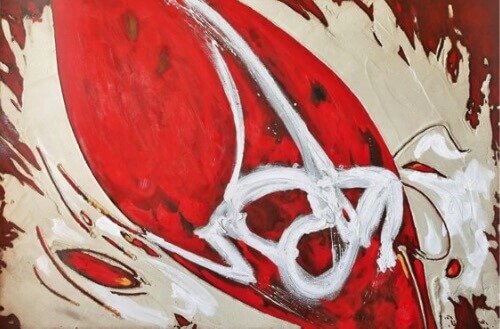 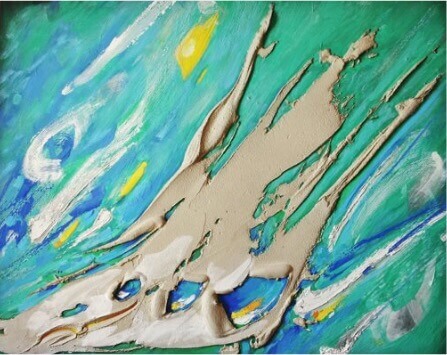 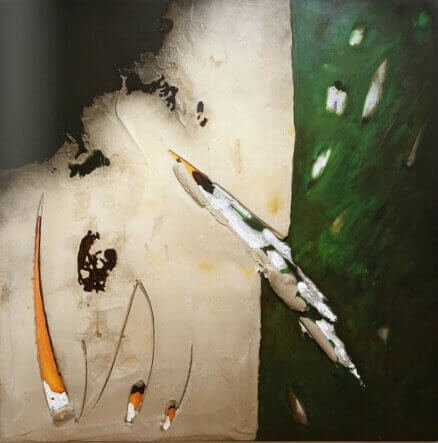 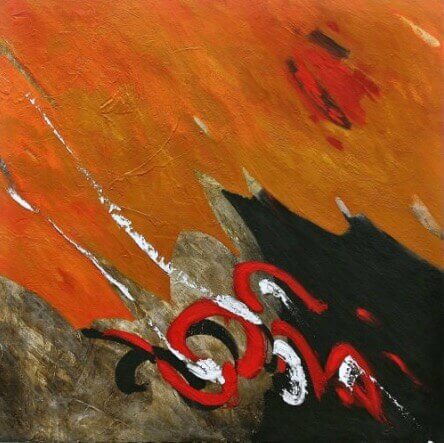 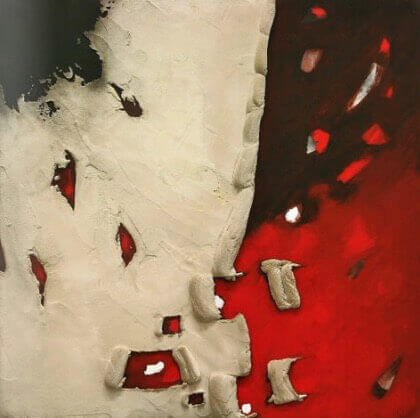 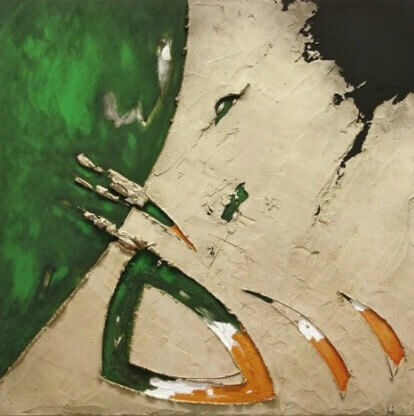 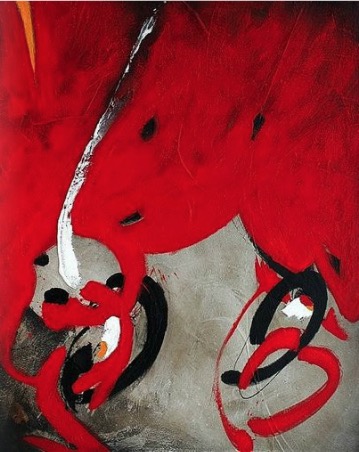 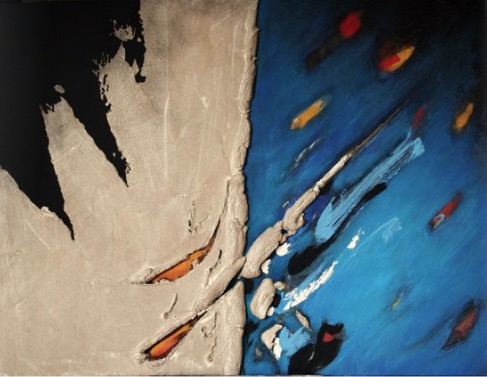 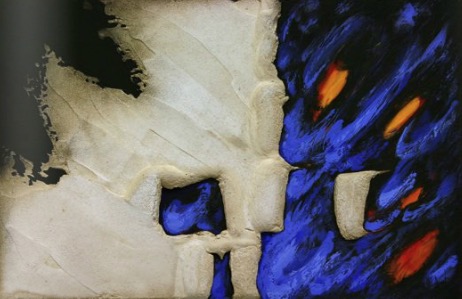 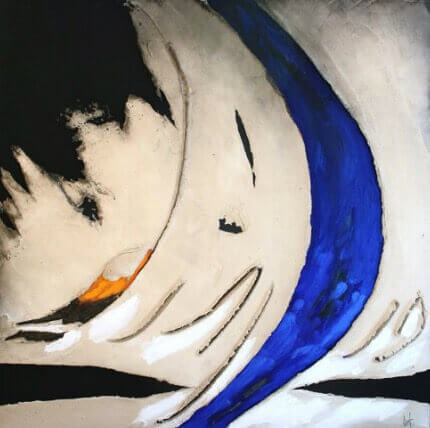 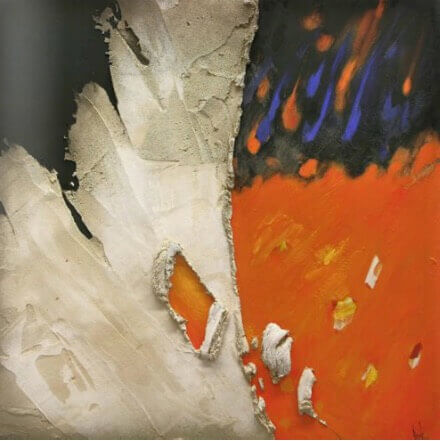 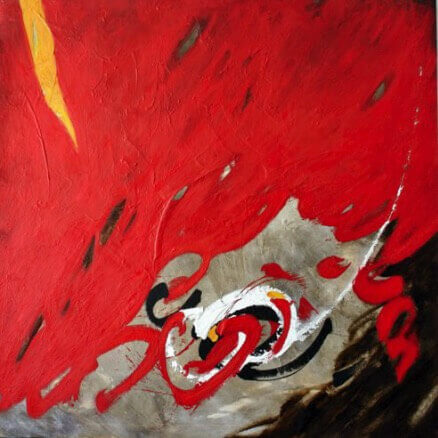 Ever since his artistic beginnings he has been fascinated by the relationship and interactions between the human being and the universe , exploring, drawing, painting and sculpting nature in all its forms as a manifestation of reality. This relationship, connecting the human being with its environment, tangible and intangible, the states of being, the different inner dialogues, awakens in him a deep interest and admiration.

To discover and reveal the different plastic forms by which the human being interprets and experiences different states of being. Observation, internalization and transformation are the paths in his personal understanding and comprehension of reality, both internal and external.

The transformative power of a work of art lays in its magnetism, the energy it shines upon us, its capacity of dialogue in its many forms, not all of which are explained. “Interpretation is the revenge of the intellect against art ” , Susan Sontag . He questions the more academic parameters regarding his creative process, as no explanation is found for understanding the essence by which a human creation becomes art, as for him, art is a transformative action and contemplation, “Art is the contemplation of the world in a state of grace” , Hermann Hesse.
He has exhibited internationally on numerous occasions including individual and group exhibitions in Spain, Germany, France, Italy, Belgium and the United States.
He creates a series consisting of paintings and works on paper, through which he investigates the dynamic force of the gesture and its interaction in space, receiving recognition for this exhibition in New York (1994) “Antoni Amat has made a very significant contribution to contemporary painting of today; he is a figure on the international art scene with a unique and individual vision towards abstract painting.” Dorothy Roatz .
About the exhibition “The mark of silence” (1999), in which he shows us the integration of gesture as a transformative and revealing element of the force of the universe, Amat says: “In this universe everything is in motion and one of the purposes of the human being is to synchronize with this movement and to become one with the universe. The deep and sincere gesture is an authentic channel of communication, blunt, straight from the soul and this causes its presence to become revealing and transforming.

During the last decade he has continued to explore materic elements interacting with the purest pictorial surfaces, searching for a concept of openness heading towards an occult knowledge in our most hidden depths, interacting in these areas of search with gestures and profoundness that emerges from the borderline, resulting in an exposure which makes us ponder on the process of searching for harmony and, consequently, beauty in its purest state. In others, in an act of love for the elements of the essence of our origin, earth, water, air and fire; of beauty in itself and the unity that we are, how we transform the elements in our experience of ourselves and our surroundings.

Amat undergoes the metamorphosis of the painting in its widest spectrum, until the culmination of the finished work, radiating light, strength, message and beauty, he conveys and makes us internalize this contemplation.

The individual exhibition in the Gallery Maeght, Barcelona (2003) titled “ The mystery of alchemy ”, an exhibition where he shows medium size artworks, large format and artworks on paper as well as sculptures and where the maturity and strength of his language remains latent. This exhibition represents a major impact in his career.

In this decade he has several individual exhibitions in various cities in Europe and the United States. In the exhibition We the Artist, National Museum of Trinidad & Tobago (2011) by curator Nicollette Ramirez, together with a selection of artists from around the world and from different fields, Marina Abramovic, Spencer Tunick, Anselm Reyle, Ashley Bickerton, etc. An intercultural group of innovative media artists, a conversation progressing both intellectually, emotionally, creatively and spiritually. The exhibition highlights the images they see in terms of different philosophical, political, psychological and sociological theories .

The origin, the essence, the earth, the intercultural and the contemporaneity are concepts seen in Amat’s work, which he has been developing from these periods up until today .

Antoni Amat’s works are exhibited regularly in art galleries in Europe and the U.S. as well as in museums, foundations and private collections around the world. 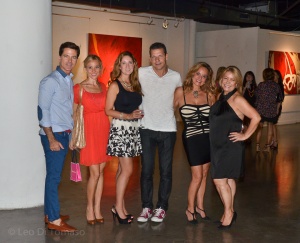 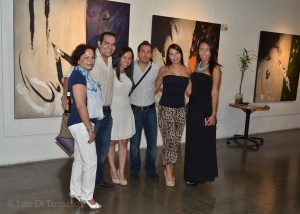 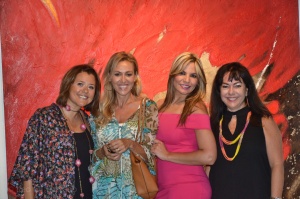 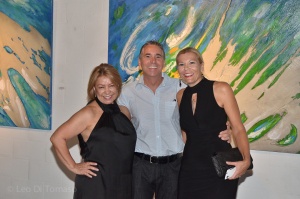 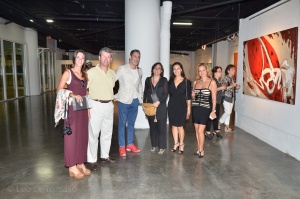 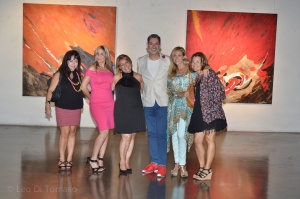